Microphones under the trainsets measure the sound. Quiet Track is an EU-financed project to reduce noise and wear from rail traffic. Microphones relay the amount of noise, and a GPS system indicates where the noise is at its greatest.

Tyréns' role in the project (involving a total of twelve companies and organisations from five European countries) was to develop analytic models, assemble hardware and write software in order to ascertain three important characteristics of the track for the entire railway. The software developed by Tyréns includes the models that link noise to the three characteristics. The hardware consists of various items, including microphones, accelerometers, GPS and a tachometer.

Tests in an underground rail network environment
A number of tests were performed in an underground rail network environment. They involved fitting microphones beneath the underground rolling stock. During train operation, the microphones relayed data indicating how much noise was being generated and from where, as well as how the sound resulting from wheel contact with the rails changed. GPS then allowed the testers to see exactly where the sources of greatest noise were located, the nature of the noise and to implement suitable measures.

The monitoring system makes it possible to identify on a daily basis e.g. if there is excessive wear and record the problem areas on a map.

There has been a great deal of interest in Quiet Track from home and abroad. A total of twelve companies and organisations were involved in the project. In Sweden, several actors were involved, contributing to the successful outcome of the project, e.g. train operators such as SLL and MTR, TBT which looks after the maintenance of the underground rail network, Strukton Rail (Sweden’s largest private rail infrastructure maintenance company) and KTH Royal Institute of Technology in Stockholm. 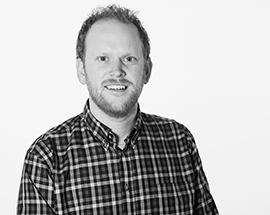